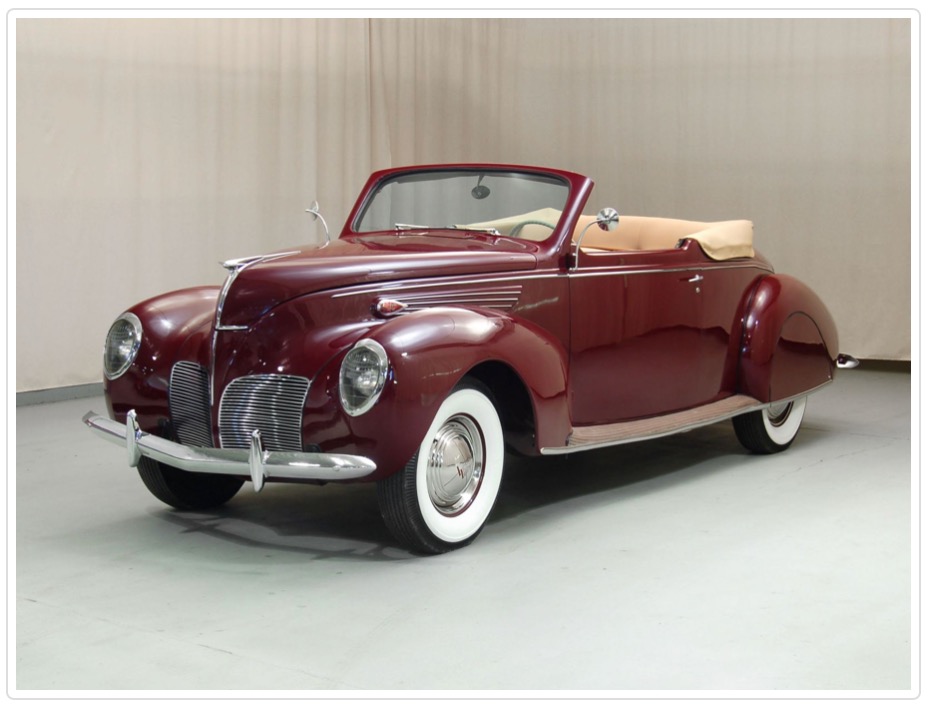 Like other prestige manufacturers, Lincoln needed a more moderately priced car to help it endure the tough times of the post-Depression era. The Zephyr was introduced in November 1935. The streamlined teardrop styling was credited to designer John Tjaarda, of the Brigs Body Company, with help from a young Ford designed named Eugene T “Bob” Gregorie and input from Edsel Ford. The trio was ultimately credited with fashioning one of the first successful streamlined cars in America.

The Zephyr was powered by a new small V-12 engine derived from the standard Ford flathead V-8. Despite the advanced styling and novel V-12 engine, its parent organization, the Ford Motor Company, was never happy with sales. Yet, of the 18,994 Lincolns sold units first year, 17,715 were Zephyrs, which arguably kept the Lincoln division of the Ford Motor Company alive. In its third year, Lincoln produced 19,111 units, including just 600 of this six-passenger, two door convertible coupe model.