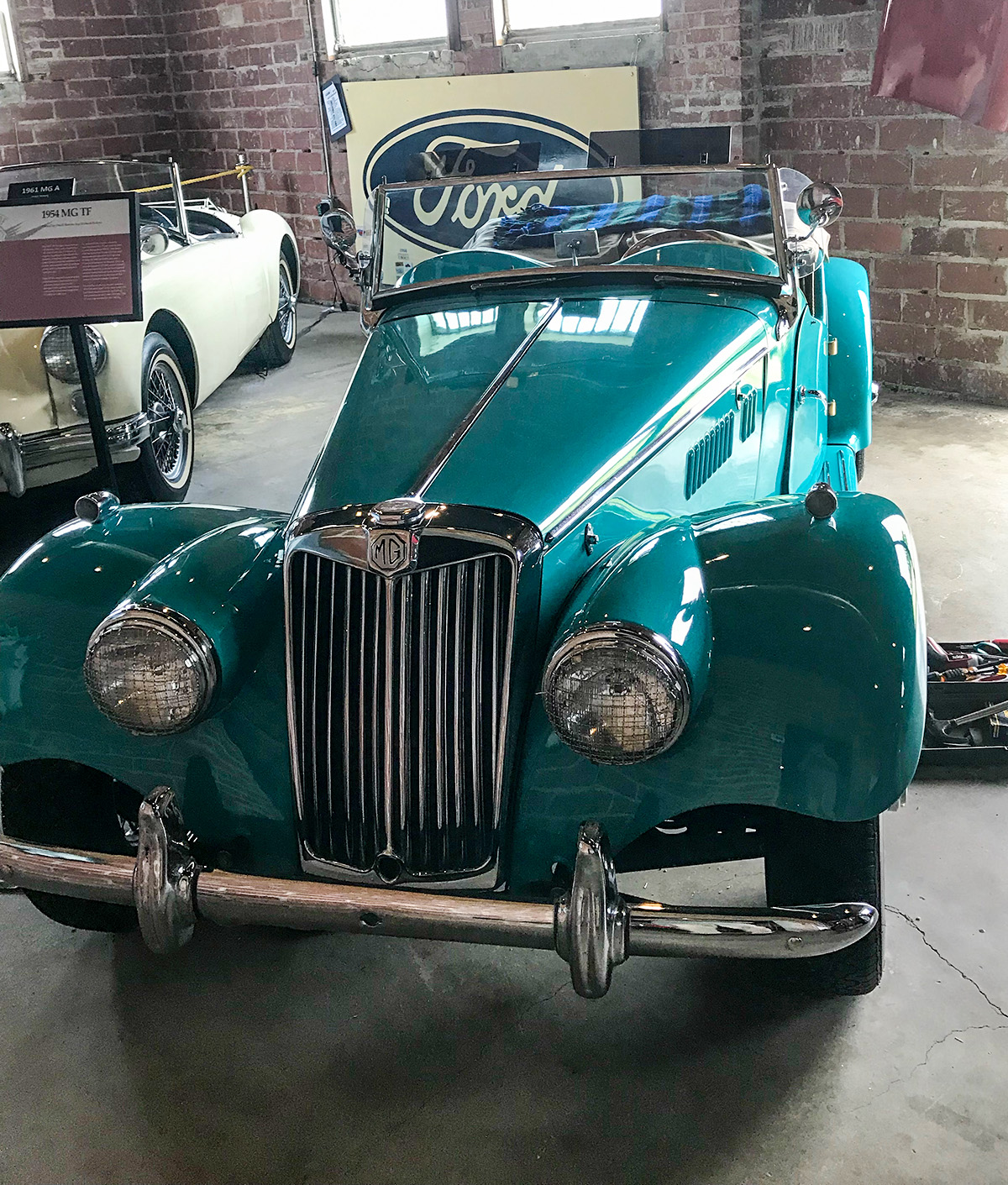 The MGA replaced the MG TF 1500 Midget and represented a complete styling break from MG’s earlier sports cars. Announced on 26 September 1955, the car was officially launched at the Frankfurt Motor Show.

A total of 101,081 units were sold through the end of production in July 1962, the vast majority of which were exported. Only 5869 cars were sold on the home market, the lowest percentage of any British car. It was replaced by the MGB.

The MGA design dates back to 1951, when MG designer Syd Enever created a streamlined body for George Philips’ TD Le Mans car. The problem with this car was the high seating position of the driver because of the limitations of using the TD chassis. A new chassis was designed with the side members further apart and the floor attached to the bottom rather than the top of the frame sections. A prototype was built and shown to the BMC chairman Leonard Lord. He turned down the idea of producing the new car as he had just signed a deal with Donald Healey to produce Austin-Healey cars two weeks before. Falling sales of the traditional MG models caused a change of heart, and the car, initially to be called the UA-series, was brought back. As it was so different from the older MG models it was called the MGA, the “first of a new line” to quote the contemporary advertising.

There was also a new engine available, therefore the car did not have the originally intended XPAG unit but was fitted with the BMC corporate B-Series type allowing a lower bonnet line. The MGA convertible had no exterior door handles, however the coupe had door handles.

It was a body-on-frame design and used the straight-4 “B series” engine from the MG Magnette saloon driving the rear wheels through a four-speed gearbox. Suspension was independent with coil springs and wishbones at the front and a rigid axle with semi-elliptic springs at the rear. Steering was by rack and pinion. The car was available with either wire-spoked or steel-disc road wheels.